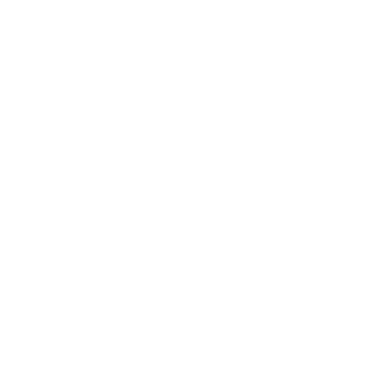 What to Do When Your Seitan Tastes

Many of us (myself included) are sensitive to the “gluteny” after-taste of seitan made from vital wheat gluten. I have a hard time finding another word to describe it. It’s like a really heavy bread flavor, and despite how much I love a nice, crusty, freshly-baked bread, that taste does not have a place in my mock-meat creations. I’ve gotten a little more used to it over time, but I’ve also learned a few tricks to help tame it.

The first trick I learned is to use apple cider vinegar (ACV). Despite the strong flavor of the stuff on its own, it does not seem to heavily impact even the lighter, more “chickeny” dishes. I typically use about 2 tablespoons in a 4-6 serving size seitan dish. You’ll want to add it into your wet mix. If you’re adding other vinegars or heavily-acidic ingredients, you may want to cut back on the amount of ACV, even just a little.

Baking soda by some miracle seems to work wonders when combating the gluten taste. You don’t need very much, either. Typically about 1/4 teaspoon per cup of VWG should do the trick. Whisk it right into your dry mix, and because it is such a small amount, it won’t do anything to offset your wet/dry ratio.

However, there are a couple things you should understand before using baking soda to combat the gluten flavor.
First – Don’t confuse baking soda with baking powder. Both are typically used in baking to create a “rising” action in baked goods, but that is NOT the effect we typically desire in our seitanic creations.

The major difference between the two is that baking soda requires the addition of an acidic ingredient to make it “rise,” while baking powder contains a dry acid which causes it to “rise” as soon wet ingredients come into contact with it.

That means, if you add anything wet to baking powder, you’re much more likely to create bubbles which cause a “rise” in your seitan, and that could lead to bready results.

Which brings me to my second point – Don’t add any acidic ingredients if you’re using baking soda. For the exact same reason you want to avoid baking powder, you don’t want to use baking soda in a recipe that utilizes any vinegar, lemon juice, wine, etc. Even tomatoes and tomato paste should be avoided. When in doubt, look it up to see if it’s acidic, and if it is, you’re better off adding some additional ACV to help as mentioned above.

This one is less-often touted to combat that gluteny flavor, but it’s still an excellent stand-in. If you’re using prepared mustard, it typically contains vinegar, so I’d avoid baking soda, though you can still use ACV. However, if you’re using mustard seed, that’s neutral and you can use either ACV or baking soda. Even if you’re unsure of the PH of your wheat-meat, any form of mustard shouldn’t make your seitan too acidic, and it definitely won’t make it “bready,’ either.

WASH FLOUR TO MAKE YOUR OWN GLUTEN

The “Wash the Flour” (WTF) method has to be my ultimate favorite way of taming the gluten taste. In fact to me, recipes made from this process make it virtually undetectable. There’s no need to mask the flavor with another ingredient, and you can just focus on seasoning however you like. Some people think the process is too much effort or too time-consuming, though I can’t help but disagree. I tend to find myself making more of a mess when using vital wheat gluten, while most of the time spent for the washing flour process is simply waiting.

If you’ve never done it before but would like to try, here is a step-by-step guide to help you get going. You’ll also find a few recipes on the site utilizing the method, with lots more to come.

An attempt to demistify the washed flour process of making seitan through a series of experiments between two dough balls.

10 Seitan Recipes Perfect for Your Next Cookout

Bring a seitan dish to your next barbecue or picnic that even the omnis will enjoy! This collection of recipes is perfect for grilling season, but good enough to be enjoyed any time of year.