This post contains affiliate links. Anything you purchase through the links is at no additional cost to you, but every little bit helps me continue to keep growing this site with more recipes and information. Thank you for considering to make your purchases here!

What do you need to make seitan?

Below you’ll find a list of some of the most common ingredients found in seitan recipes. While you certainly don’t need all of them, this should help you understand why some are used more often than others. You’ll also find links to recipe collections based on a few main ingredients.

This one is obvious to a lot of us, but if you’re new to seitan-making you might just find yourself asking… “What do I need to get started?” Shortest answer: This. Vital Wheat Gluten (VWG) is made from wheat flour in a process that begins by hydrating flour to activate the gluten. Then the starches are washed out until mostly only the high-protein, low-carb gluten remains. (You can actually do this yourself, very simply. If you’d like to know more, read the next ingredient on the list.) Finally it is dehydrated again and turned back into a flour. There are many brands of VWG out there, and different countries carry different products. Anthony’s brand is highly-recommended for U.S. residents, as is Buy Whole Foods Online brands if you’re in the U.K. They have been touted for price and for the fact that they don’t retain too much of that “gluteny” after-taste. 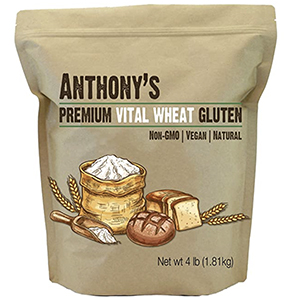 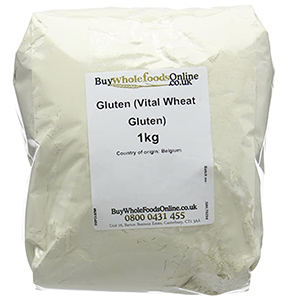 This ingredient is next on the list, because as an alternative to buying VWG, you can make your own by “washing” flour. If you’d like to know more, check out this post on how to do it in ten simple steps. Some recipes also include a small amount of all-purpose flour to “soften” the texture of VWG. Which brings us to the next list of ingredients…

When VWG is mixed with liquids alone and no additional protein, some have described the result as “rubbery” or at least a bit too “chewy” for their liking. Also, on its own, VWG is not a complete protein. Of the 9 essential amino acids it’s low in one: Lysine. Read more about the nutrition of seitan here. That is why the following ingredients are very commonly added, addressing both textural issues and completing the protein profile.

Tofu is a complete protein on its own, and also softens the texture of your final result. Its light color also makes it a great addition to your wet mix if you’re trying to replicate a lighter meat. For those reasons you’ll find lots of seitan recipes that add it. Click here for some examples.

No matter the variety, there’s a good chance you’ll stumble across several seitan recipes that use beans. High in Lysine, beans also make your seitan a complete protein. They also act like like tofu in the way they change the texture of your dish. Check out these seitan recipes which include beans of different kinds.

The name may vary, but they are all the same. Just like beans, the flour made from chickpeas is frequently used for the same reasons. The difference between using this and cooked beans (or even tofu, for that matter) is the fact that this adds to your dry ratio of ingredients instead of your wet. That might give you a little more wiggle-room when it comes to how you flavor your dough. Here are some recipes that utilize chickpea flour. 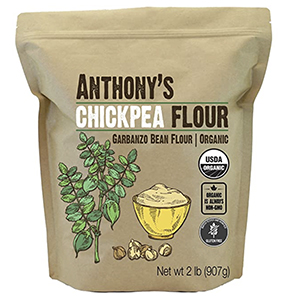 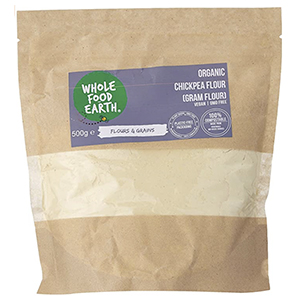 Nutritional Yeast, commonly referred to as “nooch,” is packed with vitamins and a ton of flavor. It tops the list as the first recommendation beyond the basics. While it’s most-heavily used when trying to replicate “poultry” dishes, you’ll find it in lots more.

Lots of seitan recipes use vegetable broth as their main “wet” ingredient, so it’s always good to have some in your pantry. If you have the freezer storage, I’d recommend making your own using this Meaty Broth Three Ways recipe. Not only is vegetable broth from scratch tastier than store-bought, this recipe adds an extra level of flavor catered to the type of dish you’re trying to make.

Used most heavily in “beef” dishes and also for “pork,” these three ingredients are fairly interchangeable depending on your preferences. Whichever you choose, you should keep some stocked!

While this is usually a staple in most households, I figured I’d mention it here because most seitan recipes incorporate oil in at least some stage of the process. Some recipes call for refined coconut oil because it adds a rich fat that is solid at room temperature. Many others simply use vegetable oil or any that does not impart too much flavor. You might also want to have a higher smoke-point oil on hand if you plan to do any frying.

One or the other is often suggested to add to a recipe usually in order to reduce the “gluten” aftertaste from VWG that some are very sensitive to. Just don’t add both at the same time or you may wind up with some very bready results!

This one is a heavyweight for packing umami into your “beefy” dishes, and therefore gets used pretty often. You can buy the dried mushrooms and grind your own, or buy pre-ground mushroom powder. Learn more about achieving seitan umami here.

Many seitan recipes call for ingredients like bouillon or stock cubes to amp up the flavor and/or make your dish taste a little more like a particular “meat.” These Better Than Bouillon bases are popular in the U.S., while the Massel brand is popular in the U.K. I find it’s quite easy to make your own for just a little extra effort, and always have this recipe for Chickenless Bouillon made and on hand.

The white variety of miso paste is most commonly used in “chickeny” dishes, while the red shows up on occasion (but less often) in others. Lots of people love it, though sadly I’m not one of them 😆. (I do like miso soup, oddly enough.) Still, it’s loaded with umami, and worth a shot if you’ve never tried it. It’s also on the salty side so if you do skip it, you might want to sub something with a little extra sodium. I personally just omit it without any issue.

Plant milks such as soy or almond are great as part (or sometimes even all) of your wet ingredients since they help keep the color on the lighter side. Using soy milk also helps complete the protein profile.

Marmite is one of my favorites for getting your beaf to taste like beef. A little goes a long way, but I still go through it pretty quick.

This is another very often used in beefier dishes. Annie’s is a popular brand in the U.S., but I prefer to make my own with this recipe.

You’ll find several “pork” seitan recipes call for this, but it also occasionally shows up in “beef” or “chicken” dishes, too.

Seasoning, seasonings, lots of seasonings. This one probably goes without saying, and there are really too many to list. I will say that I always loved to cook and always used a lot of seasonings, but now that I make seitan, I find I use a lot more. Maybe it’s because you can take advantage of creating a real depth of flavor by seasoning your wheat-meat at every stage of the cooking process, from the inside-out.

It’s a short list, but a worthy one. You’ll see these next few ingredients show up over and over again. The ability to alter the texture of seitan helps this one main ingredient (gluten) become just about anything imaginable.

TVP is another ingredient that I’d put fairly high up on the list, though it is used more for texture than flavor. Usually made from soy beans, but also found made from pea protein, TVP completes the protein profile of your seitan. It is made of dehydrated granules that are relatively flavorless, so it has the ability to absorb flavors in liquid form as it rehydrates. It’s texture is perfect for burger patties, meatless balls, sausages, and pretty much anywhere you’d use traditional ground meats.

Jackfruit has a very shreddy texture, so its great to add to meats where you’re looking for those shreds. Very commonly found in seitan rib recipes, or recipes that aim to mimic chicken “wings” or drumsticks, like this one.

I don’t see this one pop up quite as often, but I still see them on occasion. Most mushrooms bring an overall meaty texture to a dish, but just like the jackfruit, my favorite is the oyster mushroom variety for getting nice shreds. Personally, I think jackfruit is just “OK,” but I prefer the King Oyster Mushroom for its lovely shreddy texture when roasted, and often use it as a substitution where jackfruit is used.

In most cases when you see coloring in a recipe, it’s purely for aesthetic reasons, mainly added to mimic traditional meats. Usually the attempt is to create red meat, but on rare occasions a whiter meat has been sought out:

It’s important to note that for the reds, I’ve seen many people succeed, and many people fail (including myself) with just about everything except the food coloring. Often beets will turn brown when cooked, and for me so far, the red yeast capsules I bought were a waste of money. Long story short, if you want your “beaf” to look “beefy,” you’ll probably find yourself experimenting in this realm. Good luck!

Have I Missed Anything?

If there’s an ingredient you always have around, or even one you often see pop up in recipes that didn’t make this list, please let me know! Leave a comment below and I’d be happy to include it. 😊

An attempt to demistify the washed flour process of making seitan through a series of experiments between two dough balls.

10 Seitan Recipes Perfect for Your Next Cookout

Bring a seitan dish to your next barbecue or picnic that even the omnis will enjoy! This collection of recipes is perfect for grilling season, but good enough to be enjoyed any time of year.

I created this website hoping to make it easier for people interested in seitan to be able to find, share, and rate recipes. Through both research and my own experimentation, I hope to answer some commonly asked questions in the "Learn More About Seitan" section, and you’ll find some of my own recipes here, too. Happy cooking!
This website uses cookies and third party services. Ok
Go to Top